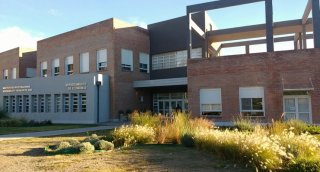 The Institute of Economic and Social Research of the South (IIESS, as per its initials in Spanish) was created in 1956, in the image of its peers at the National University of the Littoral, La Plata, Tucumán and Córdoba, with the aim of contributing to the generation of knowledge and the training of human resources. The UNESCO mission considered in 1960 that, "a full time academic career is attractive to an economist when it gives the possibility of carrying out research work. To this end, a research center or institute within the same Faculty of Economics is extremely advantageous. This provides an intimate and fruitful contact between the economic research and teaching."

Dr. Enrique Silberstein was the first interim director. His brief administration was continued by Dr. Uros Bacic, who took office in the second half of 1957 and served in the position until 1970. During this period, and under the name of Institute of Economics, fruitful achievements were accomplished, especially the constitution of the first working teams, the creation of the library specialized in Economy, and the edition of the magazine "Economic Studies", among others. This task was continued by Dr. Ernesto S. Liboreiro, disciple of Dr. Uros Bacic, until 1972, and a brief internship of Dr. Christian Dimitriu. Shortly after, and due to circumstances beyond the decision of its authorities, the Institute of Economics ceased its activities.

In 1984, consulted about the perspective of restoring the functioning of the Institute of Economics, Dr. Bacic considered that, "it would be advisable to conduct a study on the inclusion of this organism in the university structure. In a modern University, it does not seem advisable to constitute research and teaching in separate sectors."

Once university autonomy was recovered in 1983, significant efforts were made immediately from the Department of Economics aimed at restoring the normal functioning of the Institute, which was achieved in 1997 (Res. CU 257/97). During this time, and after a decade in which the Institute functioned at the level of the Department of Economics, it was decided to adapt its operating regulations (Res. CSU-573/08) under the terms of the UNS-CONICET agreement (Res. CSU-335/07).

Currently, the IIESS is a double dependency executing unit of CONICET and the National University of the South (UNS, as per its initials in Spanish), recognized as such in 2010 (Res. D. 3091/10), and it develops its activities as a member of the Scientific Technological Center-CONICET Bahía Blanca. Dr. Raúl Oscar Dichiara was appointed regular Director by competition as of November 1st, 2011 according to resolution of the Board of CONICET D 3143/11 and of the Superior Council of the National University of the South (CSU-650/11), and served in that position until 2017. Then, according to Resolution D No. 0452/2017, the Board of CONICET appointed Dr. Silvia London to perform the position of Regular Director of the INSTITUTE OF ECONOMIC AND SOCIAL RESEARCH OF THE SOUTH (CONICET-UNS) as of March 20, 2017 and for a term of four years.

The IIESS brings together researchers in the field of Economics and Social Sciences, committed to the creation and dissemination of new knowledge. Its priority objectives are the promotion of basic and applied research in its foundational core, the training of human resources and the organization of disciplinary and interdisciplinary research groups at the Bahía Blanca Scientific Technological Center and its sphere of influence. It aims to become a benchmark at national and international levels of scientific activity in the discipline, in accordance with recognized quality standards. The conditions for the development of these activities are the exercise of free thought, critical thinking and academic excellence.

The specific objectives of the IIESS are as follows:

The functional structure of the IIESS organization consists of a Director, the Board of Directors (10 members) and a Deputy Director.  In addition, professional staff and clerks have joined CONICET recently.

IIESS has a staff of 43 permanent members (27 CONICET researchers and 16 UNS researchers), 21 fellows from CONICET, 2 clerks and 5 professional personnel.
IIESS promotes the admission of young bachelors into the Post Graduate School of Economics at the National University of the South as fellows of CONICET. Its members are involved in academic activities, interacting in common research areas with people in other centers of excellence abroad, in order to become a reference at a national and international level.

The research activities performed include a diversity of themes, which currently belongs to three main lines:

Problems of creation, allocation and distribution of resources require a formal modeling for their proper application in order to infer consequences for the understanding of human behavior, in the context of material and social restrictions. Currently, there is a well-established and accepted body of knowledge in this field, in particular in light of the empirical evidence on which the theoretical results are contrasted. Many of the classical postulates require reformulations of greater or lesser importance, which are the object of study in important research centers.

The approach used to analyze the economic behavior in the IIESS focuses on considering the information and incentives faced by economic agents. These restrictions arise mainly from institutional frameworks in which those agents interact. Consequently, it is sought to develop theoretical models that capture the optimal allocation of resources in a context of limited rationality, either due to insufficient information or the complexity of the situation.

The theory of development deals with different problems being economic growth one of the most important ones. This field was actively studied from different perspectives, generating results ranging from the solution of multi-agent growth problems, using dynamic programming tools, to the proposal of systems which modify their rules of behavior according to the results.

The formulation of policies is related to these problems to avoid poverty traps, which can be achieved through agent interactions (endogenous), which prevent coordination failures, and through policies that modify the temporal trajectory of the economic system (exogenous).

Another kind of analysis comes from the ways in which poverty traps are generated and how public policies can contribute to overcoming or to their feedback, as can be seen by ethnographies of implementation of activities in such programs.

On another level, problems of interest for the design of economic policies have been studied, ranging from the possible generation of inflation due to distortions in relative prices, to the proper measurement of poverty, through the transitions of the economies due to technological changes and their impact on competitiveness.

This is the area of greatest tradition in the Institute. For decades, research was carried out in the field of agricultural, industrial and regional economy. This is explained both by the very origin of the Institute, and by the request for advice from chambers, private companies and the public sector, both locally and regionally.

These projects were financed with the contribution of public and private institutions, in the form of consulting work. Subsequently, additional sources of funding for this line of studies came from the State, at the national, provincial and municipal levels, and even from European academic assistance programs. In recent years, the IIESS has received a strong academic boost thanks to young fellows, who carry out exchange activities with foreign institutions and begin to publish actively in the international arena.

Topics covered range from problems of agricultural economy to the study of structure and performance of industrial markets; conduct and financing of small and medium enterprises, including networks of suppliers and supplier-customer relationships.

This same line of research deals with issues related to the economic analysis of the operation of regional middle-cities (Pampas and Patagonia), which allow to relate different processes linked to population dynamics, industry, services and labor markets. Local policies and their interrelation with the requirements resulting from recent productive transformations are also studied. The study of these links allows us to explore the territorial institutional system that operates in the processes of technical and social innovation and in the competitiveness of enterprises.

They include the enlargement of these interdisciplinary fields and the formulation of research programs in upcoming periods. The organization of research links these activities with the training of human resources through the execution or new offers of graduate careers. This mode generates a double benefit: graduate careers are nourished with research (work of thesis, seminars, conferences, etc.) activities, enabling the training and qualification of its own human resources, while it allows reaching high scientific quality productions that revert to the educational system in the form of current content, depth of analysis and proper results.

Research programs are implemented on the basis of the occurrence of two or more lines of investigation of the same Institute or equivalent institutes. This modality is specific to institutions rooted in terms of linkages with equivalent organizations to develop all their skills.

The IIESS intends to perform interdisciplinary research at the interface of Economics and other disciplines, notably highlighting the contributions of Sociology and Anthropology. In the first case, it is analysis of disputes by positions in the social structure of different actors in the production systems. This field of research is extremely broad regarding various social movements, collective demonstrations of different types and analysis of public policies at different levels of Government, aimed at populations at risk and social vulnerability. The anthropological gaze in turn makes it possible to analyze the ways in which production processes impact on the cultural and symbolic world of the protagonists, as well as the ways of conceiving the social world in which they are actually included.

Link to the Year Handbook of IIESS